There are many risks involved in running a business. Amongst these, the most important ones relate to matters governed by criminal law. It is not only about the possibility of a natural person being held criminally liable. In addition to the personal liability of the natural person, another relevant issue is the question of the negative consequences for the business entity itself. In addition to the dangers resulting from the loss of a good reputation, there may also be issues which make the day-to-day operation of the business considerably more difficult. One of these reasons is the possibility of blocking a bank account. This is an institution that can be used by an authorized entity in connection with a suspicion that an offence has been committed. It is intended to prevent the loss of the funds deposited at a bank account. Its use in practice poses many difficulties, including problems with the proper interpretation of the provisions. Therefore it is worth taking a closer look at this issue.

First of all, it should be pointed out that the so-called blocking an account has no uniform character in the Polish legal system. The bases for its use can be found in at least several legal acts. From the point of view of the criminal law, however, three types of block are of particular importance:

It is obvious that each of the above applies to different situations, but this does not change the fact that their nature is virtually the same. As far as the block under the Anti-money Laundering Act is concerned, this only applies to cases where there is a reasonable suspicion that an offence of money laundering or financing the terrorism has been committed. In this case, the authority which notifies the prosecutor is the General Inspector of Financial Information (GIFI). It receives information from the obliged institutions about the detected irregularities. The block in this case covers the entire account and can be imposed for up to 96 hours. During this period, GIFI will notify the relevant prosecutor of the suspicion of money laundering or terrorist financing, who can then extend the block of the account up to a maximum of 6 months.

On the other hand, the block established on the basis of the Act on capital market supervision applies only to situations in which there is a suspicion that an offence under Articles 181-183 of the Act on Trading in Financial Instruments has been committed. In the event of a suspected offence, the institutions supervised by the Polish Financial Supervision Authority (PFSA) are obliged to report this to the chairman of the PFSA. In such a case, he may block the account for a maximum period of 96 hours. Upon imposing the block, the chairman of the PFSA notifies the prosecutor of the suspicion that an offence has been committed, who can then extend the period of the block up to 3 months. A further extension of 3 months can be granted by the State Prosecutor.

From a practical point of view, the block imposed under the Banking Act is the most important one. In contrast to the above-mentioned blocks, this has a much broader scope of application. Pursuant to Art. 106a Sec. 3 in the case of a reasonable suspicion that the funds deposited at the bank account are, in whole or in part, derived from or connected with a fiscal offence or an offence other than the offence of money laundering or financing the terrorism, the bank is entitled to block the funds deposited on this account. The block can only apply up to the amount of funds accumulated in the account. The block by the bank can last for a maximum of 72 hours. During this time, the bank notifies the prosecutor of the suspicion that an offence has been committed, who can then extend the block for a period of 3 months.

The block of a bank account or the funds deposited therein comes usually as a surprise for the entity affected. It becomes aware of this while trying to make a transaction and as a result receives information from the bank that a block has been imposed. In such a situation, we should ask the bank which authority decided on establishing a block. It is also helpful to determine whether the bank is already in possession of the prosecutor’s decision with a case file number on it. This basic information will be crucial for the further course of action. The next step should be to contact a lawyer. He will be able to obtain more information based on the case file number and the authority that issued the decision.

At this point it should be noted that if there is a block of the account or the funds deposited therein, no prompt action by the prosecution authorities should be expected. First of all, the notification about the block should be delivered. Information contained in the statement of reasons for the decision will provide a better understanding of causes of the block, however, no details should be expected. Obtaining the decision is important because it opens the way for judicial review thereof.

The entitled party has seven days to file an appeal, starting from the date of the delivery of the decision. This is particularly difficult, as the statement of reasons for the decision regarding the block is based on broad, vague statements, which makes it difficult to address specific accusations relating to the activity of the entity in question. It is difficult, indeed, to argue with a statement such as: „there is a high degree of probability that the activity of entity X was used for money laundering, which is evidenced, among other things, by the substantial flows of money on the bank account”. In such a case, the only thing that can be done is obtaining as many documents as possible to prove the legality of the carried-out business activity.

Judicial review of the decision

The filing of an appeal against the decision of the prosecutor is only one half of the story since the authorities are not bound by any deadlines. This means that first of all one should wait for the prosecutor to review the appeal and possibly change his decision. However, the probability that this will happen is very low. If the prosecutor does not agree with the appeal, he is obliged to file the appeal with the competent court. In practice this means a wait of up to one month for the appeal to be registered by the court.

The next stage is waiting for the court to set a date of the hearing. In this case the waiting periods are considerably longer and in some courts it is even possible to wait six months. This means that in reality there is little hope for quick and efficient judicial review in this area. The actual review of the appeal is a completely different matter. In the vast majority of cases the courts decide to uphold the appealed decisions. They point out that due to the early stages of the proceedings and the complex nature of offences, imposing a block is justified.

It is very important to realize that the proceedings regarding the block of the account or the funds accumulated therein are only interlocutory proceedings, constituting a part of the main proceedings regarding the notification regarding the suspicion that an offence has been committed. As a result, once the court come to the conclusion on whether the block is justified or not, the entire burden shifts to the main proceedings. The situation is made all the more difficult by the fact that in the vast majority of cases the entity, whose account is blocked does not have a status of a party to the proceedings. This means that it cannot take part in the examination of witnesses. It is also not notified of the official activities carried out, nor does it have any real influence on the course of the trial. This is all the more surprising as the decision on the block of the account indicates a high probability of having committed the offences listed therein by the entity in question. In most cases, however, there is no decision to bring charges issued. In the end, the party that is most interested in the result of the proceedings is reduced to the role of a passive observer.

From the entrepreneur’s point of view, the key question is what will happen after the lapse of the period for which the block has been established. It would appear that this period of time is intended to enable the prosecution to gather necessary evidence and make a decision regarding the further course of action. Therefore it would be reasonable to expect that a decision to discontinue the proceedings or bring charges is going to be made during that time. Nothing could be further from the truth. Each of the above-mentioned regulations contains solutions which allow the authorities to remain passive without any procedural consequences.

A block of an account or funds therein does not expire after the period for which it has been established, if a decision concerning security on property or a decision concerning physical evidence has been issued. Only the former one requires the presentation of charges. This means that blocking the account may last for an indefinite period of time, and in practice, for the entire duration of the proceedings. The question arises as to whether the funds will finally be released if the proceedings reach a happy ending, i.e. if they are discontinued? Of course this is possible, but it should be borne in mind that Polish law provides for the possibility of a forfeiture. This is possible even if the proceedings are discontinued due to the failure to find the perpetrator (Art. 323 § 3 of the Code of Criminal Procedure).

It follows from the above that from a legal point of view the entity whose account or funds have been subject to a block is completely helpless. Legal aid, apart from drawing up the appropriate pleadings and procedural documents, is based to a large extent on the constant application of pressure on the prosecuting authority, as well as on presenting as many documents as possible that can help in the rejection of alleged accusations.

The blocked funds may be recovered, but it should be noted that it takes time, as well as a planned and systematic approach. Unfortunately, the authorities involved in the proceedings are not concerned about the economic situation of the entity whose funds have been blocked, and do not carry out their statutory tasks in this area in an efficient and orderly manner. The business entity on the other hand must determine in which form it will carry out its further financial processes. 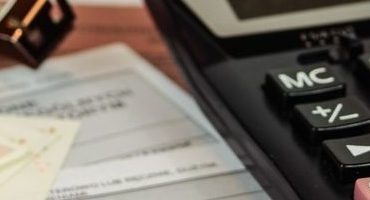 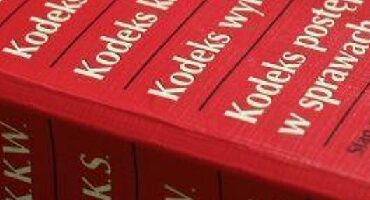 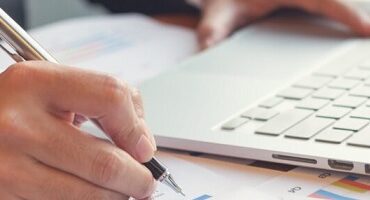 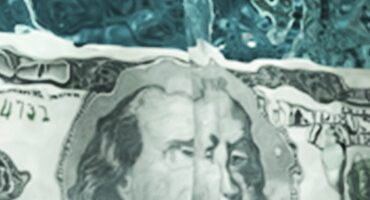 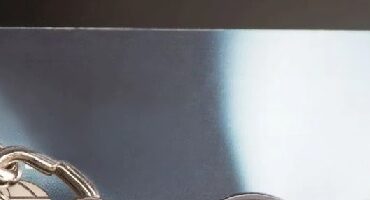 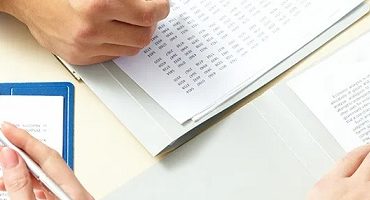 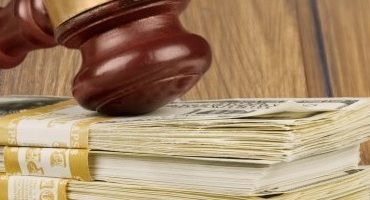 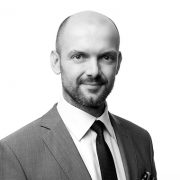 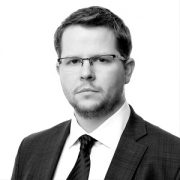 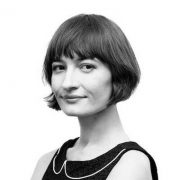 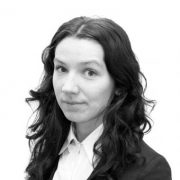 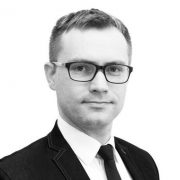 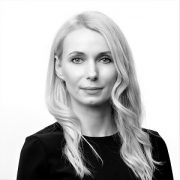 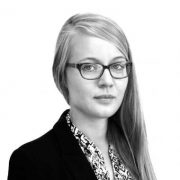 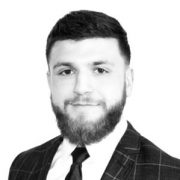 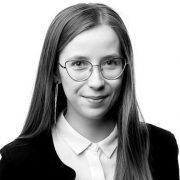